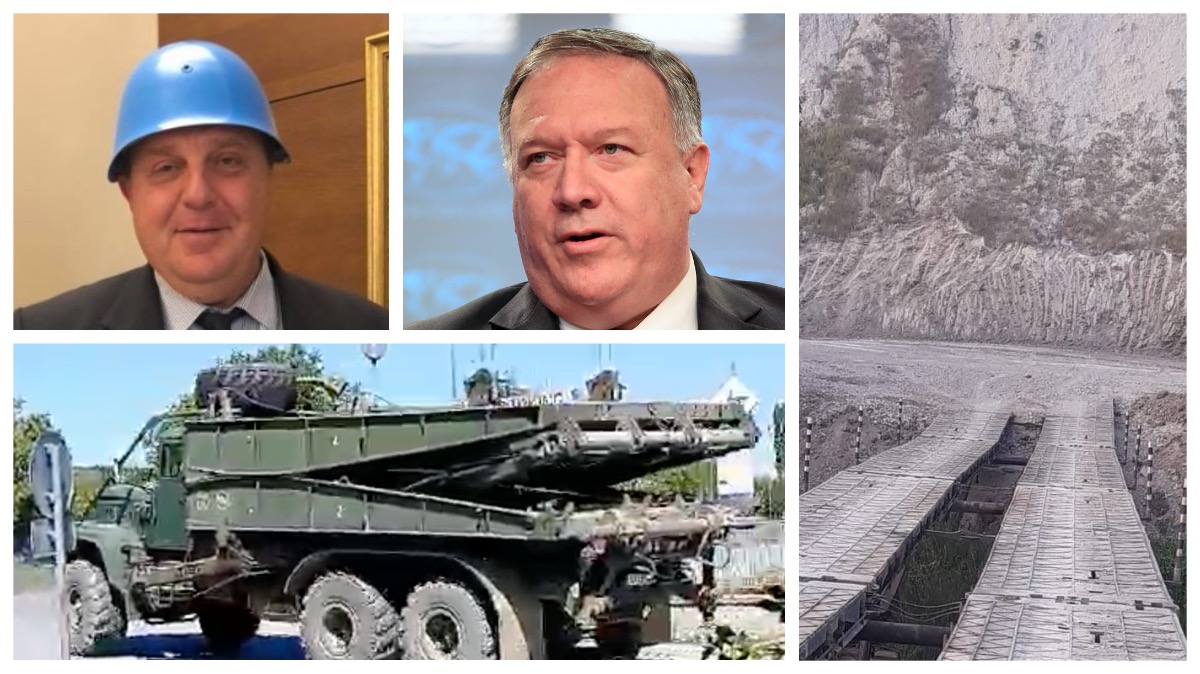 At the end of August 2020, trucks of the 55th Engineer Regiment of the Bulgarian Military escorted by Military Police arrived in the village of Petko Karavelovo. They went there to build a temporary bridge over the Yantra River to allow access of heavy equipment to build the TurkStream gas pipeline. This operation by a NATO military in peacetime raises many questions because it serves a controversial project which is threatened by sanctions by the United States under the Countering America’s Adversaries Through Sanctions Act (CAATSA).

The TurkStream 2 future pipeline that will transport Russian natural gas to Europe runs along the bottom of the Black Sea to Turkey, and from there through Bulgaria and Serbia it must be connected to the European gas supply network. It replaces the terminated South Stream project, which did not comply with European legislation. At full capacity, TurkStream must transport 31.5 billion cubic meters of natural gas a year to Southeast Europe.

To join as a transit country, Bulgaria is building a new 484-km route from Black Sea city of Varna through its northern part to the Serbian border. The project was renamed Balkan Stream by the third government of Bulgarian Prime Minister Boyko Borisov, which is trying to present it as an expansion of the country’s gas transmission network and not as an international project. According to the official government definition, the project was “key to achieving the priorities of the government related to the diversification of sources and the routes for delivery of natural gas”. The diversification in this case is obviously only in the route and not in the source of gas, which is 100% Russian.

The Saudi consortium Arkad was chosen as the contractor for the Bulgarian section of TurkStream 2, which costs over BGN 2 billion. The pipeline is actually being built by the Belgrade-registered Russian company Infrastructure Development and Construction (IDC), along with Serbian and Italian subcontractors.

The Bulgarian engineer troops were mobilized because the TurkStream 2 route must pass across the Yantra River and the mayor of the village Petko Karavelovo refused to allow the use of the existing bridge to prevent its likely damage by the heavy equipment.

Apparently, the project’s subcontractors did not have the equipment to build temporary bridges or it was cheaper for them to hire the military. The operation involved seven Bulgarian military trucks, carrying a modular floating bridge on which tanks can pass. They were escorted by Military Police.

The bridge was installed on the Yantra River near the existing gas pipeline whose route follows the pipes of TurkStream at this location.

After the construction equipment successfully crossed to the other shore, the temporary bridge was dismantled and removed by the trucks. The video with the military convoy is from the moment when the military was returning from the operation in the village of Petko Karavelovo.

The press office of the Ministry of Defense told BIRD in a reply to its inquiry that it was a paid service under a civil contract. We are also awaiting an answer to the question with which organization the contract has been concluded and for what amount.

At the same time, the military operation will most likely be repeated because without such a bridge, the heavy equipment of the Russian builders will not be able to return back across Yantra.

It became clear in mid-July 2020 that the United States intended to impose sanctions on TurkStream. The news was first announced by the US Secretary of State Mike Pompeo, who cited Nord Stream 2 and TurkStream 2 as the subject of future sanctions under the CAATSA.

“It is a clear warning to companies aiding and abetting Russia’s malign influence projects and [they] will not be tolerated. Get out now and or risk consequences,” Pompeo said.

The statement caused confusion among Bulgarian authorities as they continue to claim that there is no TurkStream in the country but there is a Balkan Stream. “If, after all, the companies that will be sanctioned stop TurkStream, the following question arises – where will the gas come from for our separate and unrelated to TurkStream pipeline,” Deputy Prime Minister Tomislav Donchev admitted then.

The Bulgarian military also a US enemy?

In early June, Prime Minister Borisov and Serbian President Aleksandar Vucic inspected the construction of the Bulgarian section of the pipeline by helicopter. Balkan Stream should be ready by the end of the year, Borisov said at the time.

But after Pompeo’s statements, on July 15, 2020, Boyko Borisov had a meeting with US Ambassador in Sofia Herro Mustafa where he had been clearly warned that the United States consider Balkan Stream part of TurkStream and would impose sanctions on it.

The paradox is that after all these warnings, the Bulgarian military still participated in the project as its subcontractor and thus joined the ranks of the US enemies.

BIRD also sent questions to the political leadership of the Ministry of Defense and personally to Minister Krassimir Karakachanov. We asked if he considered it appropriate for a NATO military such as the Bulgarian one to be involved in the construction of a project for which there are clear indications that it could be sanctioned by the United States. No response was received until the editorial closure of the article.

The Bulgarian Army TurkStream operation does not comply with the country’s legislation either. According to the Military Doctrine, the Defense and the Armed Forces of the Republic of Bulgaria Act and the orders of the Commander of the Land Forces, the 55th Engineer Regiment has clearly defined duties in peacetime and in non-military crises. These are the participation in the protection of the population from natural disasters, industrial accidents, catastrophes and dangerous pollution.

The installation of temporary bridges for a private contractor is obviously not part of these activities, but it has been known since the time of the Communist regime that the army also often carries out activities that do not correspond to its mission.

Dump trucks and wheel loaders for BGN 1.5 million paid under the EU program “Innovation and Competitiveness” had not been used as intended for nearly two...