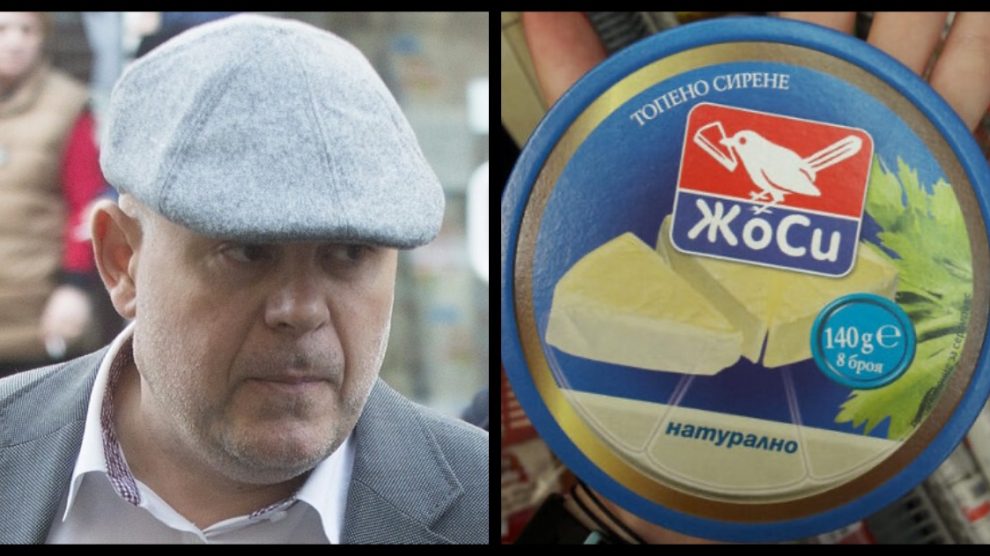 The manufacturer of Jossi-branded dairy products Georgi Tsolov Georgiev has asked prosecutor Ivan Stoimenov Geshev (current Bulgarian Prosecutor General – editor’s note) for assistance against his business partner. In return, Georgiev has transferred a share in his company to Geshev’s father. But instead of “crushing” the partner, Geshev has turned against Georgiev, who has lost everything. The chilling story of Georgiev, who has submitted tipoffs to the Ministry of Interior and the Ministry of Justice, is also documented in the Commercial Register.

The story of the use of the prosecution in business disputes is reminiscent of the so-called infamous “Eight Dwarfs” case. The former case began in 2013, when the co-owner of Jossi Ltd., one of the largest companies in the dairy industry in Bulgaria, accused his partner Simeon Prisadashki of shady accounting practices, syphoning the company and VAT evasion.

Because of his personal acquaintance with Ivan Geshev, then a prosecutor in the Sofia City Prosecutor’s Office (SCPO), Georgi Tsolov turned to him for assistance in removing Prisadashki and offered him a benefit in the form of a share in his company. But as a result of the “deal”, Georgiev lost his company, was forced to pay a “peace of mind” fee of BGN 30,000 and his home was set on fire.

In 2019, to prove the shady accounting practices, Georgiev presented records and documents at an open press conference organized by the Civil Association BOETS (Fighter) but did not mention specific names and the case did not arouse public interest.

“Ivan Geshev, who was a law-ranking prosecutor… he made a commitment and got acquainted with almost all the details of the violations I had found, he took a step by connecting me with an attorney he knew closely, Velimir Atanasov,” Georgiev said.

Georgi Georgiev provided to BIRD.bg additional details about the commitment made by the prosecutor. He said that Ivan Geshev had met with prosecutor Emilia Rusinova, who was then his direct superior in the SCPO, to ask her to start investigating Prisadashki.

However, Rusinova had been very close to Simeon Prisadashki and had refused to assist in eliminating him, Geshev told Georgiev after the meeting.

Asked on the phone if she is close to Simeon Prisadashki, Emilia Rusinova did not deny it, but refused a specific answer with the words: “I do not give interviews, please do not approach me about such matters.”

“We are family acquaintances,” this is how Prisadashki described over the phone his relationship with the former head of Sofia’s investigation Emilia Rusinova. He denied receiving support from Rusinova in his business dispute with Georgiev for Jossi.

After hitting a wall with Rusinova, Geshev offered Georgiev another scheme to deal with Prisadashki. He referred him to former judge and subsequent attorney Velimir Atanasov, who was to document the following: the elimination of Simeon Prisadashki from the company and the simultaneous transfer of a stake in Jossi to a relative of Geshev.

This transfer was also mentioned during the TV talk show, but Georgiev did not reveal the name of the person to whom he transferred a share of his company.

In the show Georgi Georgiev was accompanied by his namesake from BOETS, also Georgi Georgiev. After that, the leader of BOETS had received threats over the phone, he told BIRD’s reporter.

However, BIRD and BOETS established through documents that the transfer of shares did take place and Stoimen Todorov Geshev, Ivan Geshev’s father, became a new partner in Jossi. All documents related to the case are available in the entry with number 20140827112213 and via an electronic signature here.

This circumstance gives weight to Georgiev’s story, according to which, if credible, Ivan Geshev has provided services against a promised and received property benefit. In the Penal Code, this is the definition of bribery, regardless of the outcome of the actions.

An inspection of BIRD and BOETS in the archives of the court and in the Commercial Register revealed that on August 14, 2014, Simeon Prisadashki was expelled as a partner in the company Jossi and replaced by Stoimen Todorov Geshev, born in 1939. Applications for the entry of these circumstances are public in the Commercial Register. They have not been registered definitively, as Prisadashki was appealing his elimination in court.

An additional check in the Property Register showed that Stoimen Todorov Geshev, born in 1939, and his wife donated property to Ivan Stoimenov Geshev whose social security number corresponds to that of current Prosecutor General Ivan Geshev. Thus, a doubt that Stoimen Geshev from Jossi can be another person is excluded. He is Ivan Geshev’s father.

As can be seen from the documents in the Commercial Register, attorney Velimir Atanasov accompanied Georgi Tsolov Georgiev to a notary, before whom a statement of findings was prepared for a general meeting and elimination of Prisadashki from Jossi. It is alleged that he had committed financial violations worth BGN 300,000. Prisadashki’s lawyer also appeared before the notary and objected that the meeting was illegal. /Facsimile/

The company itself was doing well at the time and had a proposal from a Greek company to buy it for EUR 6 million. With such a capitalization, Stoimen Geshev’s modest 2% swells to BGN 240,000.

Nevertheless, the future Prosecutor General obviously did not like his father’s “insignificant” share and refused to assist in the removal of Prisadashki. Georgiev was threatened with repressions if he did not pay BGN 30,000.

This payment took place in the office of the same attorney, Velimir Atanasov, in the presence of Stoimen Geshev. After taking the money, Atanasov informed Georgiev that he had an appointment to see Ivan Geshev in Greece a week later.

Despite the paid “ransom”, Georgiev’s house was set on fire and the repressions against him continued.

Simultaneously with these events, Prisadashki has appealed his elimination as a partner. A court saga has begun, which is not over yet but after 2014 Georgiev was actually removed from his company and his business is now in the hands of his former partner.

According to Georgiev, all this was due to the change in the attitude of Ivan Geshev, who was not happy that his father received only 2% of the company, and not 20%, as promised.

It was after this moment that the course of the investigation into the criminal scheme for VAT evasion and financial abuse in Jossi turned against Georgiev, and all his claims, including those submitted personally to Ivan Geshev, ended with termination.

All this is described in a complaint by Georgi Georgiev to the Ministry of Interior, according to which he was recently interrogated, BIRD has learned. Stoimen Geshev has been interrogated as well.

Georgiev also submitted a complaint with similar content to the Ministry of Justice. In it, the businessman cites specific examples accusing Ivan Geshev of criminal inaction and concealment of economic crimes and describes the repressions against him by the prosecutor’s office. BIRD and BOETS possess the entry number and the text of the complaint. Georgiev makes other scandalous allegations about Geshev’s actions in another legal case, for which, however, there is no documentary evidence or a second witness.

BIRD tried to contact attorney Velimir Atanasov, a former judge at the Sofia District Court, who left the judiciary in 2008. He did not answer our numerous phone calls.

The Public Relations Office of the Prosecutor’s Office did not answer the questions we sent.

The Ninth Dwarf: The Prosecutor General

The story with Jossi strongly resembles the case with the company Izamet, told by businessman Iliya Zlatanov to the Anti-Corruption Fund and the site Bivol two years ago, which became popular as “The Eight Dwarfs” case.

Zlatanov sought help from the prosecution to resolve a business conflict with his own son, with whom he is a partner in the elevator company Izamet. In return, he transferred part of his business and paid in cash and gold. A specialized prosecutor’s office charged his son, but subsequently Zlatanov’s entire business was taken over by the prosecutor and his wife.

According to Georgiev’s story about Jossi, such an arrangement to investigate a business dispute and a business partner was made with Ivan Geshev. Subsequent events, however, led to the “crushing” of Georgi Georgiev himself.

Prisadashki not only managed to seize Jossi but also declared the company bankrupt. This was done through a debt of BGN 1.5 million to a bank, bought by his wife’s company Monica 871. In 2020 the debt was ceded to the newly established company IMS 2020. The owner of IMS 2020 is Ivanka Slavkova, a person close to Prisadashki. A reference in the Property Register shows that in 2001 the Prisadashki family sold an apartment in Sofia to the Slavkov family.

The debt is secured by numerous properties and the production base of Jossi, which in the past was one of the largest producers of dairy products for export. A public auction for the sale of the company’s assets is forthcoming.

However, Prisadashki’s court claims against the decision to expel him from Jossi and Stoimen Geshev to join as a partner were finally rejected by decision of the Supreme Court of Cassation No. 306 of October 17, 2018.

At the moment, there are no obstacles for the entry in the Commercial Register, conceived by Ivan Geshev in 2014, to be realized. However, this will make Georgi Georgiev and Stoimen Geshev debtors of the National Revenue Agency. According to its registers, Jossi owes BGN 555,705.96. 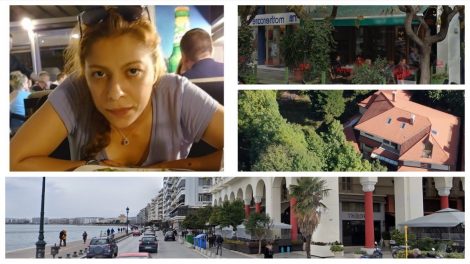 In the aftermath of the scandal known in Bulgaria as “The “Eight Dwarfs”, Lyubena Petrova earned BGN 1.5 million from the sale of real estate and acquired a luxury...