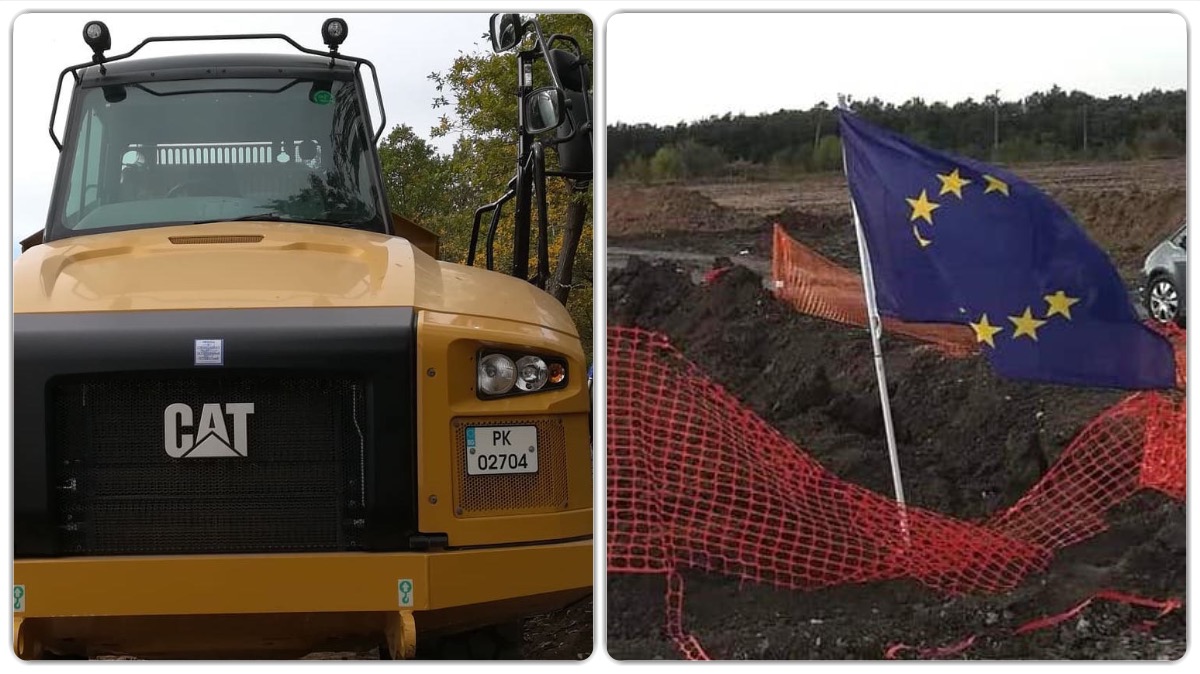 Dump trucks and wheel loaders for BGN 1.5 million paid under the EU program “Innovation and Competitiveness” had not been used as intended for nearly two years only to pop up on the construction site of TurkStream 2. The firm that received the generous subsidy appears to be a shell company. To absorb European Union (EU) funding, it has declared that it owns a production facility that actually belongs to a large construction company known for violations in carrying out EU projects, an investigation by BIRD with the help of the Civil Association BOETS (Fighter) established.

The information that brand new construction equipment purchased under a European project is used at the construction site of the TurkStream 2 (which Bulgarian rulers prefer to call Balkan Stream) gas pipeline became public last Saturday, October 10. Then activists of BOETS, Green Mladost, other civil society organizations and the political party Yes Bulgaria traveled to the construction site to protest against the gas pipeline.

The protest was organized just days after BOETS filmed construction works at the site, showing the presence of representatives of a Belarusian company and Russian and Belarusian workers. No Bulgarian workers or experts were seen there.

But demonstrators noticed on 10 October several dump trucks, excavators and loaders with Bulgarian license plates near the trenches where the pipes are being laid. The dump trucks looked brand new and were marked with signs for financing under European project BG16RFOP002-3.001-0252-C01. Photos published by BOETS on Facebook show that the dump trucks are registered in the western city of Pernik.

The construction equipment was just parked at the site during the weekend, but BOETS activists visited it again on Monday, October 12 and filmed the dump trucks being loaded with bags filled with dirt. The bags were unloaded a few kilometers away and there the dirt was laid as padding underneath the pipes. A wheel loader with Pernik license plates also took part in the process. The very organization of such a movement of earth masses is puzzling because there is plenty of the same dirt around the pipes.

“Energy efficiency” equipment sits on the back burner for two years

Research by the Bureau for Investigative Reporting and Data (BIRD) showed that this equipment had been purchased by the company Verda-008, incorporated in Pernik, with money from the EU’s Innovation and Competitiveness Operational Program. The contracts date from 2018. The total value of the European project is BGN 2,131,955.94. The company has provided BGN 638,086.79 in own financing. The remaining BGN 1,493,869.15 came from Brussels.

The origins of the provided by Verda 008 substantial own financing are unclear since the company has posted very modest profits, as evidenced by Bulgarian registries.

The company registered to one Petar Petrov from Pernik has not published email address or phone number for contact, as such are missing in the project documentation in the Information System for Management and Monitoring of EU Funds in Bulgaria (EUMIS).

The contract for the dump trucks and the wheel loaders was signed on March 12, 2018. But from the dump trucks brand new exterior it can be concluded that they have not been used at all for construction until now.

This fact contradicts Verda-008’s plans to use the technique to “ensure a continuous cycle of operation of the modular rotary crusher provided for in the project”, which required “regular supply of raw materials and  transport of finished products”, as recorded in the project at the time of its submission in 2017.

“Currently, the company uses external transport services that are irregular, expensive and inefficient. This leads to non-fulfillment of the ordered volumes of excavated materials and delays in the execution of the construction sites,” Verda-008 explained.

The reason for seeking funding under the EU Innovation Program was the need to “increase the energy efficiency of the production” because the crusher is modern and optimized and dump trucks and loaders have low fuel consumption monitored by electronic systems.

No such production site

There is an explanation of the mystery of why the dump trucks have not been used in the said “continuous production process” that is very scandalous. Verda-008 does not have a production facility described in the project’s documentation where the equipment should be operating.

The fact that the wheel loader is used not only within Verda-008 production facility but kilometers from it, at the site of TurkStream 2, in itself points to violations of the objectives and the subject of the EU project. But what is even more scandalous is that the concrete and asphalt production facility in the village of Belotintsi, Montana Region, has nothing to do with Verda-008 and belongs to the company Caro Trading Ltd.

Representatives of BOETS talked with the mayor of the village, who had not heard anything about Verda-008. They visited and photographed Caro Trading’s site, an asphalt and concrete manufacturing facility. No one at the site wished to assist them in clarifying the participation of Verda-008 in Caro’s activities (see video).

It is noteworthy that Caro Trading has also received European funding of BGN 1,428,674.86 under the same program for similar machines – crushers and loaders, but not for dump trucks. The description of the activities in Verda-008 and Caro Trading projects is carbon copy with the only differences being the characteristics of the specific machines. This is also quite strange because the projects’ consultants have not been the same ones.

Construction company Caro Trading is one of the medium-sized firms in the construction industry and is owned by Bozhidar Roev and Krassimir Karaivanov. It has won public procurement contracts for nearly BGN 350 million, of which BGN 244 million are EU funding, according to BIRD’s database registries.

Caro Trading was involved in a scandal with a 5km rural road to the mountain resort of Panichishte financed under the EU Rural Development Program (RDP) with BGN 5,394,108.36 or BGN 1 million per kilometer. The “commission” for the mayor of the nearby town of Sapareva Banya had been 40% of this amount, insiders told the site for investigative journalism Bivol in 2016.

Bivol’s investigative journalist Dimitar Stoyanov found then that to achieve this “corruption target”, the construction had been of poor quality with replacement of materials listed in the project with cheaper ones. The prosecution launched an investigation into the case but its fate is unclear.

One of the owners of Caro Trading, Krassimir Karaivanov, is well-known in Sapareva Banya. Years ago, the municipality sold him the “Zdravets” mountain lodge for BGN 390,000 which he turned it into a luxury hunting estate. Karaivanov also owns hunting grounds in the area.

Fictitious project but with real profits?

From the presented so far facts, one can reasonably assume that the “innovative” European project of Verda-008 is fictitious and has aimed to purchase new construction equipment through a fictitious company not to advance energy efficiently production of excavated materials but to simply rent the machines.

Inflated prices of construction equipment rentals are among the known theft schemes while all the prerequisites for abuses are present in the case of the mega-project TurkStream 2. The site costs the Bulgarian taxpayer the exorbitant BGN 4 billion. Officially, the money has been given to the Saudi company Arkad but the actual builder is the Russian company IDC. On the one hand, the Russians hire cheap subcontractors and workers from Belarus, and on the other, they use expensive new equipment from a shell Bulgarian company.

Thus, if in the end, TurkStream 2 fails to materialize because of US sanctions, the money will at least go into the pockets of the “right” shell companies and the “good and loyal people” behind them. And it will happen with the generous EU facilitation and guarantees for quality and energy efficiency. 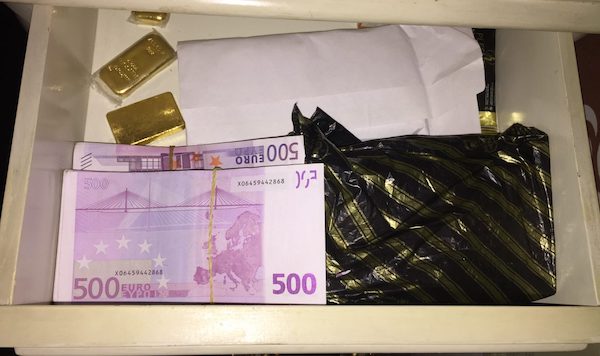