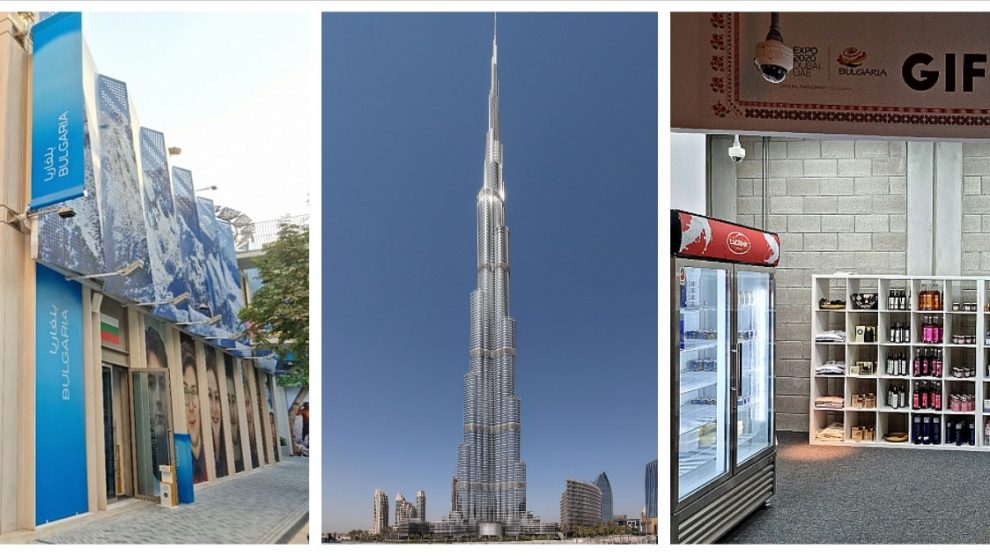 Bulgarian Ralitsa Dimcheva Ivanova is the biggest Bulgarian real estate owner in Dubai. She has 21 properties with a total value of more than USD 14 million, according to data from the international journalistic investigation #DubaiUncovered. Born in 1969, the businesswoman is the ex-wife of General Yavor Mateev, Commander of the Joint Special Operations Command in the Bulgarian Army. Ivanova and her son Alen Yavorov Mateev are representatives in Bulgaria of an Israeli cybersecurity company that sells the Pegasus spyware. Also their company Indesign Global Limitedhas built Bulgaria’s ill-fated pavilion in Dubai for BGN 905,000 in public money. Due to the scandals surrounding the construction, an investigation was launched by the prosecutor’s office, and it became known recently that the contracts would be checked by the State Financial Inspection Agency.

As revealed by BIRD.BG, the association “Expo 2020”, which won the public tender for Bulgaria’s presentation at the world exhibition, had to hire a local company in Dubai to complete and furnish the country’s pavilion. Three offers were received, and that of Indesign Global Limited was approved for AED 1.8 million (about BGN 905,000).

The implementation of the task was deplorable as the Bulgarian public was convinced by the numerous  media reports and photos on social networks. From the outside, the Bulgarian pavilion was sadly banal, unlike the lively architecture of the neighbors. The interior  is defined as “the lobby of an abandoned socialist hotel”, but according to the contractor, it “creates the feeling of large-scale, vital and modern architecture.”

Behind the union “Expo 2020” are the linked with controversial lawmaker and oligarch Delyan Peevski businessmen Ioannis Giofkos and Lyubomir Ganchev, who is close to the former Minister of Economy Emil Karanikolov. Karanikolov was fired after a memorable trip to Dubai in the midst of the Covid crisis for the supply of dates, as well as for his alleged ties to the same oligarch.

BIRD.BG also revealed that with the money for the pavilion Giofkos got a Mercedes AMG 63, which can often be seen on the yellow cobblestones next to the office of “Expo 2020” on “Sixth of September” Street in downtown Sofia. Sources of BIRD from the United Arab Emirates (UAE) claim that the origin of the funds for the expensive vehicle is related to a commission returned by Indesign Global Limited to Giofkos.

Ralitsa Ivanova owns a total of 21 properties in Dubai – four villas, apartments and retail space. The ranking of the most expensive is headed by two large villas: 642.24 square meters on “The Palm” – the artificial island of Palm Jumeirah, which is valued at USD 1,915,315. The second villa is in the area of ​​Jumeirah Golf with an area of ​​636.83 square meters and price of USD 1,899,181.10.

Next is an apartment in the Burj Halifa skyscraper with an area of ​​418.65 square meters for USD 1,248,515.50. In the same building there are five smaller apartments owned by Ivanova. According to passport data, all this property, worth more than USD 14 million, was acquired after 2015. Ivanova also has the right to permanent residence in the UAE.

In Bulgaria, Ralitsa Ivanova is registered as a management and business consultant, but there are no companies with her participation and ownership. Her son Alen Mateev has participated in several modest companies. However, the two are known in the IT community as representatives of the cybersecurity company that sells the infamous Pegasus spyware.

Asked for comment, Yavor Mateev said that he has not lived with his ex-wife for 20 years and has no idea what she is doing.

Attempts to contact Ralitsa Ivanova and her son were unsuccessful before the editorial closure of the article, but after it was published, Alen Mateev contacted the editorial office.

“We joined the construction of the pavilion because of patriotism. It’s small business for us ”

“We are developers, we build, we do not hide that we have properties in Dubai, like other people mentioned in the article,” Mateev said. He stressed that he and his mother do not live in Bulgaria, him for 18 years, her for 20-30 years, and therefore he does not know why they have to declare their property to the Bulgarian authorities.

Their company was engaged only as a subcontractor for the construction of the pavilion, for finishing works such as plasterboard. The amount of the contract was modest for the scale of the company, and he had not given money back to anyone. They participated in the construction of the Bulgarian pavilion because of patriotism. “My mother can be anything, but she is not an EXPO builder in Dubai,” Mateev said, insisting that his mother is a very serious businesswoman and construction is just one of her businesses.

“We are building a lot of things; the pavilion is something very small for us.” Mateev also said that he was not happy with the fact that the building was connected with Hristoforos “Taki” Amanatidis through his wife, who represented Bulgaria at the pavilion at the EXPO in Dubai. However, BIRD’s article does not make such claim.

“I understand very well the purpose of this publication, but you put me under a common denominator with other people who work in Bulgaria and have business there, for which there is some reason to believe that something illegal had happened. We do not do business in Bulgaria.”

However, there are listed business with the participation of Alen Mateev in the Company Register, and his mother is registered as a consultant for Bulstat.

Regarding the claim that he and his mother represent the company that develops the infamous Pegasus software, Mateev said the following: “We deal with cybersecurity, but not with Pegasus. This is a very serious business. That can’t be true.”

Mateev also said the family owns hotels, schools and universities, as well as other assets not only in Dubai but in Switzerland and elsewhere. “We are not ashamed to own property in Dubai.”

“In my opinion, most of the properties you mention were owned by someone, sold, resold and simply remain in the database. And it is possible that most people do not own these properties that you have listed, such as us.”

Mateev noted that he could not say whether his mother still owned the assets discovered in Dubai because he had not checked.

At this stage it remains inexplicable why the properties were registered to the individual Ralitsa Ivanova and not to the developer company, which should be their owner, according to Alen Mateev.

The international investigation #DubaiUncovered revealed that more than 240 Bulgarian citizens and residents own property worth more than USD 160 million in the glamorous emirate. So far, the property data of the mother of Peevski, construction boss Veliko Zhelev and the sister of the Deputy Chief Prosecutor Borislav Sarafov have been published.

The data on more than 800,000 entries from the Dubai Property Register which dates from 2020, was obtained by the Center for Advanced Defense Studies (C4ADS), a non-profit organization based in Washington, D.C., that researches international crime and conflict. It was then shared with the Norwegian financial center E24, which coordinates real estate investigations along with 20 investigative media, including Le Monde, Süddeutsche Zeitung, Danish TV2 and the Organized Crime and Corruption Reporting Project (OCCRP). As part of the OCCRP network, BIRD.bg is the Bulgarian partner in the project.