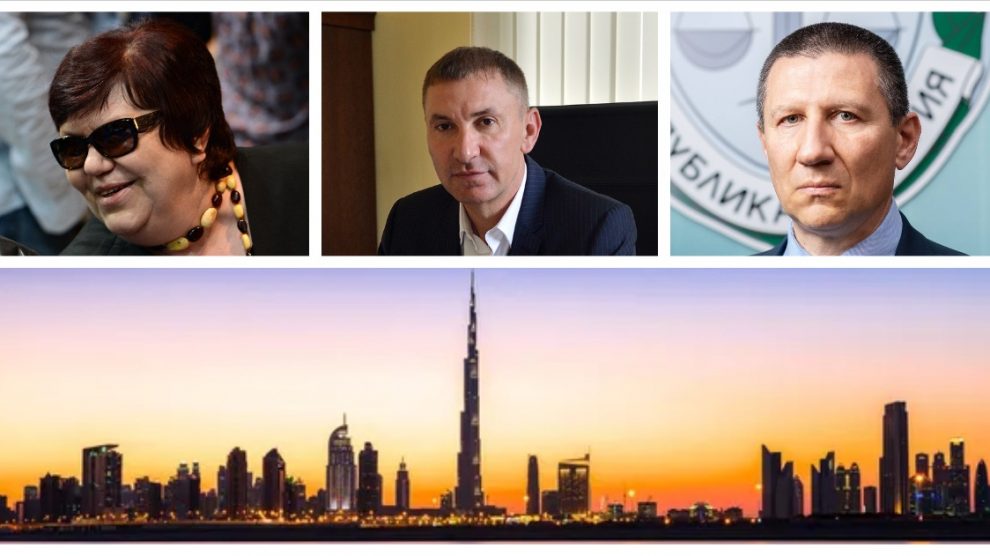 Spectacular skyscrapers, luxury lifestyles, and sunny beaches — these are the hallmarks of Dubai, a Middle Eastern financial hub known as a playground for the global rich. More than 240 Bulgarian citizens and residents own property worth more than USD 160 million in the glamorous emirate, reveals a new leak of Dubai property data and international journalistic investigation known as #DubaiUncovered. Among them are the mother of controversial lawmaker and businessman Delyan Peevski, construction boss Veliko Zhelev and the sister of Deputy Chief Prosecutor Borislav Sarafov , as well as many other public figures.

But the glamorous emirate also has a darker reputation as a tax haven, a top destination for illicit cash, and a preferred hub for money laundering, often through real estate.

Now, this new leak of Dubai property data has exposed just how many foreigners have poured their money into apartments and villas there.

The data on more than 800,000 entries from the Dubai Property Register which dates from 2020, was obtained by the Center for Advanced Defense Studies (C4ADS), a non-profit organization based in Washington, D.C., that researches international crime and conflict. It was then shared with the Norwegian financial center E24, which coordinates real estate investigations along with 20 investigative media, including Le Monde, Süddeutsche Zeitung, Danish TV2 and the Organized Crime and Corruption Reporting Project (OCCRP). As part of the OCCRP network, BIRD.bg is the Bulgarian partner in the project.

This leak is the first detailed public survey of people who have bought property in Dubai. In the initial phase of the project, reporters focused on European names on the list.

Many of them are residents or legitimate investors. But reporters identified numerous owners of Dubai real estate who have been accused or convicted of crimes or are under international sanctions. Others are public officials whose ownership of pricey properties is difficult to square with their known incomes.

They include more than 100 members of Russia’s political elite, public officials, or businesspeople close to the Kremlin, as well as dozens of Europeans implicated in money laundering and corruption. Several European officials and lawmakers who have been accused of mishandling public funds are also among the listed owners — and some have failed to officially declare their Dubai properties.

The information that Member of Parliament (MP) Delyan Peevski often resides in Dubai is not new and was officially announced by former Prime Minister Boyko Borisov back in 2016. “Peevski is gone, Peevski is leaving the country,” he told the TV channel bTV. In reality, however, Peevski not only did not leave, but remained a Member of the National Assembly, where he never appeared, but used security from the National Security Service.

Based on information about Peevski’s flights, the investigative website Bivol found that the MP spends most of his working time in Dubai. This did not prevent the MP from receiving his salary from Parliament, where the formerly-ruling Citizens for European Development of Bulgaria (GERB) party regularly apologized for his absences.

Peevski is said to own a large luxury mansion in the Emirate Hills neighborhood, but nothing has been found in his name. However, the property is owned by his mother Irena Krasteva, who has a villa in Emirate Hills with an area of ​​242.57 square meters. In 2020, the property was valued at USD 570,000. Judging by the passport data, Krasteva acquired the villa after 2016.

Krasteva owned six of the largest Bulgarian newspapers and TV station TV7, acquired with loans from the now-collapsed Corporate Commercial Bank. In 2015, she transferred ownership of the newspapers to her son, Delyan Peevski, who sold them in 2021.

A few months ago, the Pandora Papers investigation revealed that Peevski owned several offshore companies, which he registered as a permanent resident of Dubai. He was then summoned to the National Security Agency (DANS), where he explained that the offshore companies were owned by another company he had declared. Peevski’s mother Irena Krasteva turned out to be a holder of Swiss accounts through secret offshore companies.

Subsequently, DANS and the National Revenue Agency exonerated  Peevski, but the Ministry of Finance ordered a new tax audit whose result is unknown. There is no development regarding the “Bulgarian Magnitsky Act”, promised by the new coalition government. It was supposed to implement the sanctions that the United States imposed on Peevski in June 2021, accusing him of significant corruption.

Delyan Peevski has not yet declared ownership or use of a property in Dubai. Our attempts to find him for comment through his political party press center and the MP’s official e-mail address were unsuccessful.

“Great and tough” with ten apartments in Dubai

Construction boss Veliko Zhelev has bought as many as ten apartments in Dubai, nine of which are in Liv Residence, in the expensive Dubai Marina district, while the largest apartment with an area pf 268.09 square meters is at the Serenia Residence on the Palm Jumeira man-made island. It costs nearly USD 800,000. The total value of Zhelev’s real estate is over USD 4 million.

Zhelev is a former deputy head of the Road Infrastructure Agency, who later became a construction businessman. His company “Hydrostroy” was among the “serial” winners of infrastructure construction projects during the rule of GERB. In total, Hydrostroy participates independently or in consortia in contracts for nearly BGN 1.2 billion in public procurement.

In 2016, Hydrostroy  acquired  the company Vodstroy 98 , which was allegedly controlled by Delyan Peevski. Vodstroy 98 was officially owned by Ivan Mirinski.

Interior Minister Boyko Rashkov accused the owner of Hydrostroy (without mentioning him directly) of syphoning money from road construction.

On October 25, 2021, Rashkov took part in a talk show on bTV and said that an unnamed businessman had sent BGN 21 million to the United Arab Emirates (UAE), linking the origin of the money to a multimillion-dollar road construction fraud.

Asked who is the businessman Rashkov is talking about was, he said: “I can say that this man is “Great and Tough” (word play as Veliko means great in Bulgarian and the root of Zhelev is the word tough – editor’s note)

It has recently become clear that Bulgaria will lose European money due to a flawed tender for the repair of the Sofia tram line to the Knyazhevo district, won by VDH AD, as is the new name of Vodstroy 98.

Until the editorial closure of the article, Hydrostroy did not respond to our request for comment by Veliko Zhelev sent to the official email listed for contact.

Sister of senior magistrate with apartment for a million

Biliyana “Bobi” Stoyanova, maiden name Sarafova, is the sister of Deputy Chief Prosecutor and Head of the National Investigation Service Borislav Sarafov. She is listed as the owner of an apartment of 143.22 square meters in the Al Hebiah 3 neighborhood. The property was valued at over USD 420,000 in 2020, but its price has risen since then.

It is not known by what means Stoyanova (Sarafova) acquired this property, as she has no business in Bulgaria and no business in Dubai, where she has not been granted the right of permanent residence. From the passport data it can be concluded that the property was acquired after 2015.

In the midst of the Apartmentgate scandal, the investigative website Bivol revealed that Borislav Sarafov’s young son had acquired two expensive apartments in Sofia. An investigation was launched into the case but Sarafov was exonerated.

Stoyanova did not answer our numerous calls on her mobile phone. Borislav Sarafov, who was reached on the phone, replied that he did not want to comment on his sister’s personal affairs.

After the publication, the following right of reply from Stoyanova was received in the editorial office:

“In connection with the information leaked to the media about my property in Dubai and speculative allegations on the subject – I exercise my right of reply.

The property was bought and paid for by a man of Arab descent, with businesses in the UAE, with whom I have lived on a family basis for more than five years. He bought the apartment for the purpose of our coexistence in the UAE. I have duly provided the evidence of the above to the competent authorities.

From now on, I believe that the topic brutally invades my personal space and intimate life, which should be, both, inviolable.”

The examples of real estate in Dubai linked to well-known Bulgarians are not the most impressive in terms of size, luxury and market value. BIRD is researching over 240 names of people related to Bulgaria, some of whom own very expensive property without any data that they own a business in Bulgaria or around the world. Data on their properties and the origin of the funds will be the subject of subsequent publications. 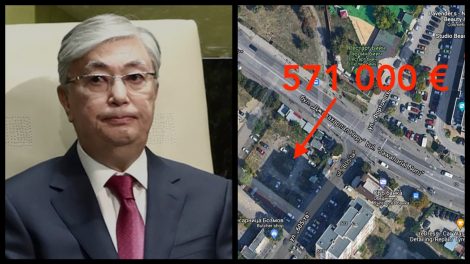 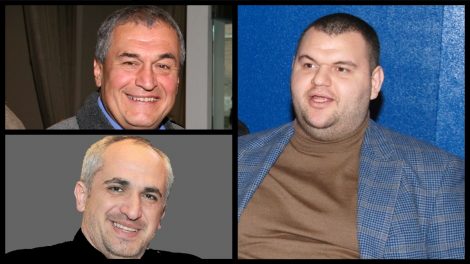 United States (US) Democratic Party lobbyist Anthony Podesta has signed lobbying deals worth more than USD 2 million with Bulgarian companies whose owners are linked to... 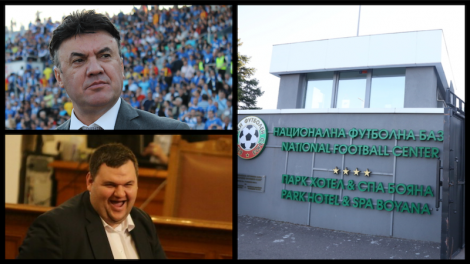 UEFALeaks: Projects Turn Costly for Peevski As Well; EUR 2 million from UEFA for National House of Football Are Missing

The National Training Center in Sofia’s suburb of Boyana cost EUR 10 million, of which 9.5 million were funded by UEFA. This was stated by the President of the Bulgarian...