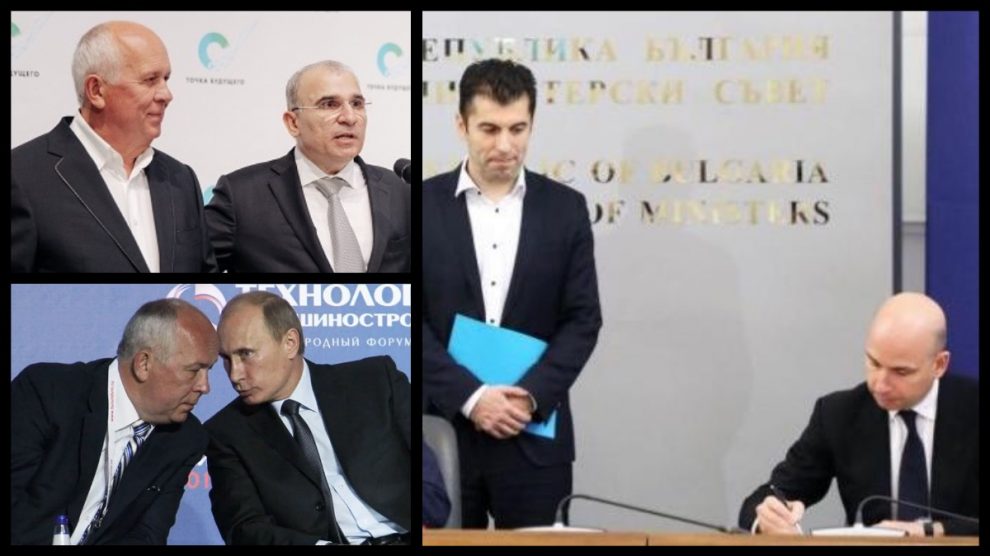 In the midst of the war in Ukraine, the Bulgarian government just signed a memorandum of cooperation with the Gemcorp fund of Russian oligarch Albert Avdolyan. It is for a USD 1 billion investment in clean energy. Avdolyan was monitored for money laundering by US financial intelligence, along with Bulgarian Atanas Bostandjiev, who signed the deal under the patronage of Prime Minister Kiril Petkov (lead picture right). Avdolyan is also a close business partner of Sergei Chemezov, head of Rostech. The latter is considered one of Vladimir Putin’s most trusted people, with whom he served in the KGB in the German Democratic Republic (GDR). Since 2014, Chemezov has been on the European Union (EU) and United States (US) sanctions lists.

On March 23, 2022, the Bulgarian Minister of Energy Alexander Nikolov signed a Memorandum of Cooperation with Gemcorp Capital Management Ltd. and IP3 Corporation. As a result of this partnership, investments worth about USD 1 billion in green energy are expected in Bulgaria, he said after the ceremony. Photos from the ceremony show Prime Minister Kiril Petkov watching the signing of the memorandum by Minister Nikolov and Atanas Bostandjiev, who is the executive director of Gemcorp.

The investment is related to the project for a plant for batteries for energy storage, which the government is strongly promoting as an alternative to coal-fired power plants in the Maritza East basin. This is evident from the presentation of one of the goals of the Memorandum as “construction of a hybrid industrial complex on the territory of Maritza East”. The project is also included in the EU-funded Recovery Plan.

Information on who owns Gemcorp is public and can be found in the Russian Wikipedia. The co-founder is the Russian businessman Albert Avdolyan, close to Sergei Chemezov. Chemezov has been a colleague of Putin since his years in the KGB and one of his most trusted people. He is, therefore, on the US and EU sanctions lists.

There are other, non-public sources about Avdolyan’s participation in the USD 1.75 billion Gemcorp fund.

Prior to joining Gemcorp, Atanas Bostandjiev was the manager of VTB Capital, the investment wing of the bank known as Putin’s Bank. It is along this line that the Gemcorp Fund, Albert Avdolyan and Atanas Bostandjiev were included in 2017 in the reports of the American financial intelligence, the Financial Crimes Enforcement Network (FINCEN), which monitors suspicious US dollar transactions.

The specific reason for reporting them is transactions in jurisdictions with a high risk of money laundering but the US financial intelligence also qualifies them as Russian Politically-Exposed Persons because of their role as former executives for the sanctioned Russian bank VTB.

“The source of wealth is obfuscated by the complex organizational structure; therefore, there is a source of funds concern for Gemcorp Holdings.” According to Barclays Jersey, Gemcorp Holdings is 100% owned by Albert Avdolyan. Avdolyan is an Armenian by nationality, born in Russia. His address is apt. 87, Block 64, Arami Street, Yerevan, Armenia. Avdolyan has a passport number BA1333111, says FINCEN’s report of which BIRD is in possession.

The document also recalls Avdolyan’s joint business in the telecommunications sector with Sergei Adoniev and Scartel. In 1998, Adoniev was convicted in the United States of defrauding the Kazakh government out of $4 million through false sales of Cuban sugar. He has become known as the holder of a Bulgarian passport of merit. His passport was later confiscated. However, Adoniev’s children retained their Bulgarian citizenship and are listed in the Luxembourg register as holders of significant assets through their Bulgarian passports.

Another close friend of Avdolyan and Adoniev is the head of Rostech, Sergei Chemezov. It is known that Rostech has been involved in the business projects of Avdolyan and Adoniev since the time of Scartel, but also more recently in coal mining projects in the Far East. For example, in 2020, 95% of the Elgin coal deposit is owned by Avdolyan’s A-Property, and 5% went to Rostech. There is evidence that the deal was financed by Gazprombank.

In addition to business, Chemezov and Avdolyan work together on charity at the Point of the Future Educational Center in Irkutsk.

“For Albert Avdolyan and for me, Irkutsk is our small homeland,” Chemezov said at the opening of the Center in September 2020. He said that the funds came mainly from Avdolyan, but he also had invested his own money in the venture.

Chemezov and Putin have been close since serving in the East German KGB. After Putin came to power, Chemezov’s career skyrocketed. He heads the foreign economic relations of the Russian presidential administration, and since 2007 has been head of the Rostech military-industrial corporation.

As early as 2014, Chemezov was included in the sanctions list of the US Department of the Treasury and the EU. On March 3, after the Russian aggression against Ukraine, the US sanctioned his relatives. On March 15, 2022, Spain arrested Chemezov’s yacht Valerie in Barcelona, ​​valued at USD 140 million.

In Bulgaria, Chemezov’s son and ex-wife own apartments in the Estreya hotel in St. St. Constantine and Helena beach resort, showed a joint investigation by BIRD.BG and the investigative media iStories, declared unwelcome in Russia. So far, there is no evidence that Bulgaria has taken action to seize these assets, despite the EU sanctions.

To launder Putin’s billion through the Recovery Plan?

The government’s endorsement of a project in which the Albert Avdolyan Fund has a leading financial role is puzzling. Moreover, the investment is related to the widely advertised government project for batteries for EUR 1.3 billion, which will be funded with European money under the Recovery Plan.

In reality, the project allows Gemcorp to launder a huge amount of money related to Putin’s inner circle.

The very fact that there is government support for such an endeavor is a sign of the inability of the Bulgarian services to identify and prevent in time the risks to the country’s national security. Once again, Bulgaria is positioned as Russia’s Trojan horse in the EU and NATO. 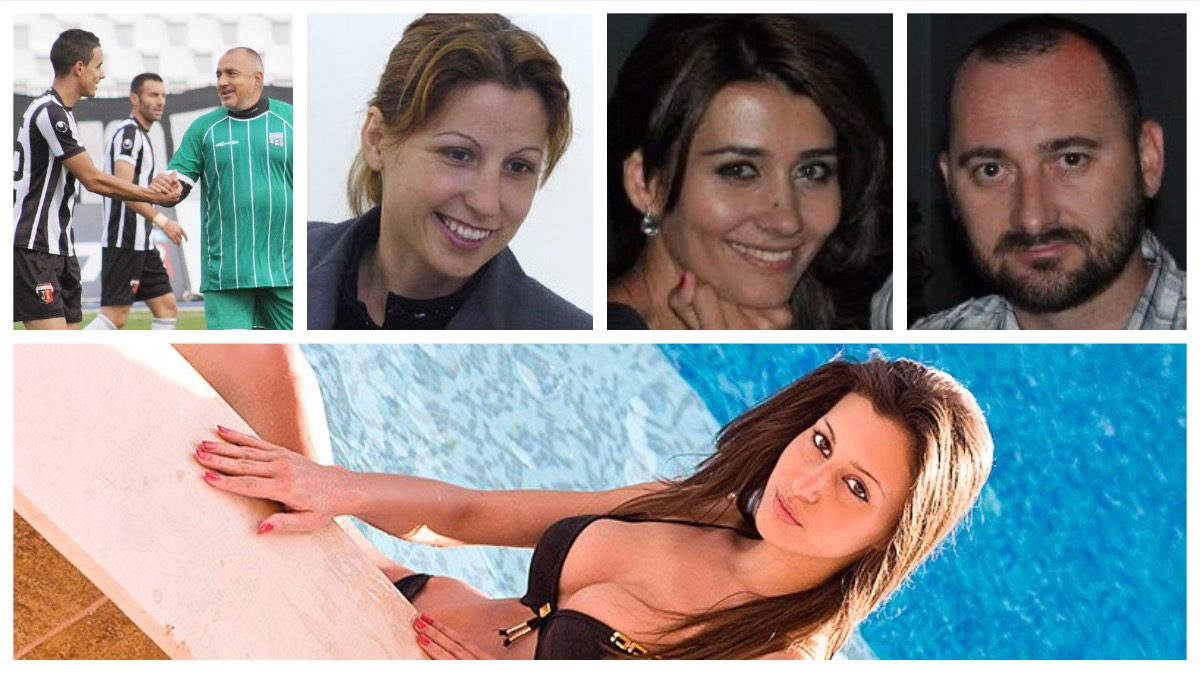 The Spanish company that owns Borislava Yovcheva’s luxury boutique in Barcelona had been bought in March 2020 by Rositsa Velkova, a former... 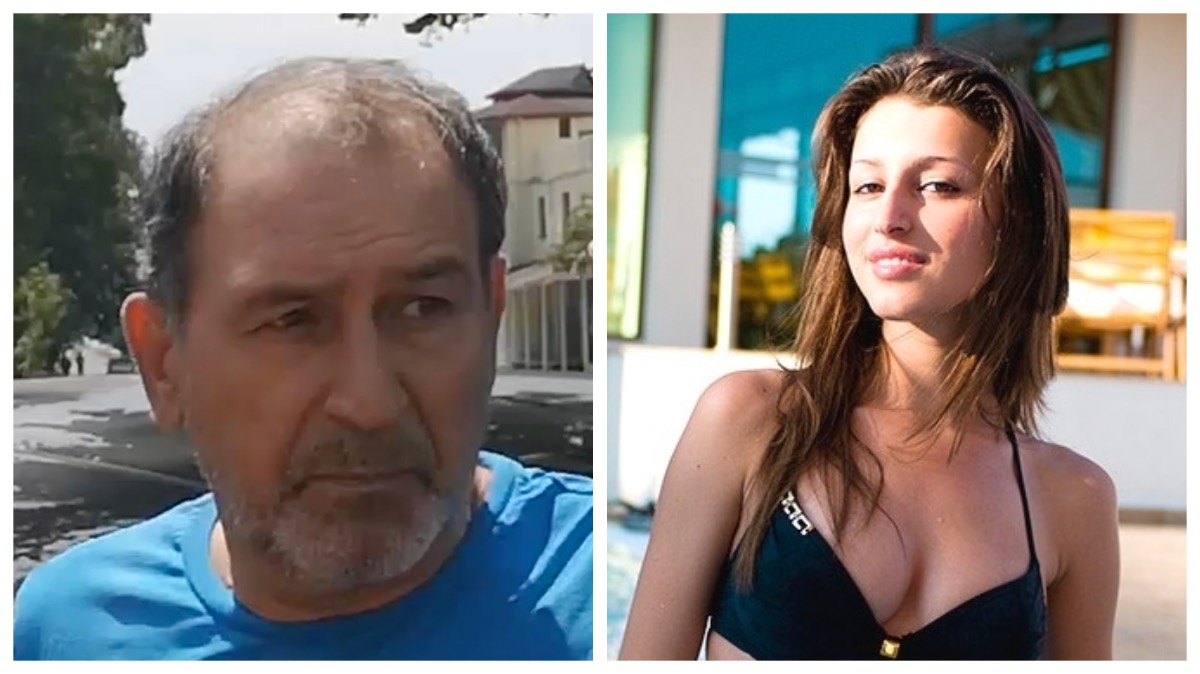 New Husband of ‘Miss Bikini’ from Barcelona: ‘Child Is Not Mine, Our Marriage Is a Mistake, Investigation Is Closed’

Borislava Yovcheva, the young woman who used to live in the infamous “House in Barcelona”, ​​has gotten a new husband. This is Yordan Hristov, an industrialist and...