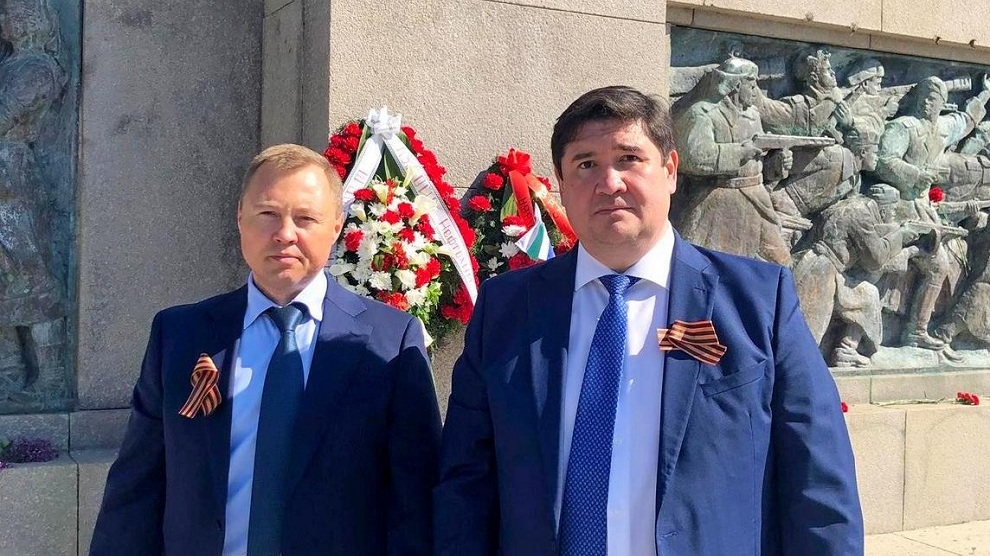 The LUKOIL Neftochim Burgas refinery has not reported any profits and has not paid taxes in Bulgaria for 20 years. However, this does not prevent Russian LUKOIL bosses from obtaining Bulgarian citizenship for special merits in the economy. In addition to them, at least three basketball players, a coach and even a designer of infrastructure projects, all related to LUKOIL, have been granted Bulgarian citizenship.

“The war in Ukraine has cast a harsh spotlight on the yachts, jets and mansions owned by Russia’s wealthiest citizens around the world, but there’s another luxury good in high demand: passports,” Bloomberg reports. “In Europe over the last decade, as many as 4,000 Russians are estimated to have obtained so-called golden passports by investing a total of over 3 billion euros ($3.3 billion) in property or other assets, according to European parliament research.‘‘

Ilshat Mirgazianovich Sharafutdinov, Chairman of the Board of LUKOIL Neftochim Burgas since November 2016, is a Russian citizen holding a certificate of permanent residence in the Republic of Bulgaria. He joined the LUKOIL team in Burgas in 2000 and has been a member of the Management Board since 2009. Given the history of previous LUKOIL executives in Bulgaria, it will not be a surprise if a procedure has already been launched for him to acquire Bulgarian citizenship.

Evgeniy Vladimirovich Turlakin was a member of the Management Board of LUKOIL Neftochim Burgas from December 11, 2009 to September 30, 2019. The declaration signed by him in 2009 and entered in the Register of Companies, is in his capacity as a Russian citizen holding a long-term residence card in Bulgaria. Upon his release from the post in 2019, the documents submitted to the Register of Companies are already in his capacity as a Bulgarian citizen. It is not clear on what grounds he acquired Bulgarian citizenship.

Sergei Mikhailovich Andronov, born in Russia, was until November 8, 2016, a member of the Management Board of LUKOIL Neftochim Burgas. He became a Bulgarian citizen by a decree, file number 2079/2015. He was endorsed by former Economy Minister Bozhidar Lukarski for “Special merits in the field of economics. He holds a managerial position in an oil refinery.” Andronov’s citizenship was first announced by Mediapool in February 2021.

Nikolai Nikolaevich Ivchikov, born in Russia, was until July 25, 2008 a member of the Management Board of LUKOIL Neftochim Burgas. He became a Bulgarian citizen by Decree 29 of March 23, 2007, file number 3/2007. He was endorsed by former Energy Minister Rumen Ovcharov for “Special merits in the field of economics. Head of a large company whose activities support the development of the economy and the energy sector.” (Mediapool, April 2012).

Alexei Yurievich Belenky, born in Russia, with Ukrainian citizenship, and a member of the Management Board of LUKOIL Neftochim Burgas, became a Bulgarian citizen by Decree 42 of 28 April 2006, file number 14194/2005. He was endorsed by former Energy Minister Miroslav Sevlievski for “Special merits in the field of economics. Contribution to the energy sector by holding various management positions in one of the companies that are world energy leaders.” An investigation by the investigative news site Bivol in 2018 revealed that Belenky had a home near the Black Sea town of Sozopol and no one was looking for him there while he was wanted by Interpol. The circumstances surrounding the acquisition of his Bulgarian citizenship are suspicious.

In addition to LUKOIL executives in Bulgaria, at least three “Lukoil Academic” basketball team players, a coach and even a designer of infrastructure projects, all related to LUKOIL, have been awarded Bulgarian citizenship.

Evidence of Russian services’ intervention in Bulgarian and specific promoters of Russian influence dates back from over a decade. In diplomatic cables from 2006, published by WikiLeaks and Bivol, US Ambassador to Bulgaria John Beyrle notes that former Prime Minister Boyko Borisov maintains close financial and political ties with the Director of Lukoil Bulgaria, Valentin Zlatev.

Information about Lukoil’s role in the business rise of Borisov’s security company IPON is even older. IPON became a factor after receiving a contract to guard the pipes and equipment of the Lukoil refinery in the late 1990s. Beyrle’s report reflects it in detail:

“14. (S/NF) Borisov has close financial and political ties to LUKoil Bulgaria Director Valentin Zlatev, a vastly influential kingmaker and behind-the-scenes power broker. Borisov’s loyalty (and vulnerability) to Zlatev play a major role in his political decision making. The Mayor has engaged LUKoil in a number of public-private partnerships since taking office: LUKoil has agreed to donate asphalt for the repair of city streets, take on the upkeep of a Soviet Army monument, and finance construction of low-income housing. In a reciprocal gesture, Borisov has advocated using municipal land to develop new LUKoil stations. Though this may seem a significant quid-pro-quo, Borisov’s public agreements with LUKoil are only side deals in his much deeper and broader business relationship with Zlatev, which has been reported in other channels.”

We read the following in another cable, this time from 2005, signed by another former US Ambassador to Bulgaria, James Pardew:

“LUKOIL’s representative in Bulgaria is VALENTIN ZLATEV. The Russian petroleum company is estimated to be the largest corporate taxpayer in Bulgaria. It also controls Russian oil exports to Bulgaria. Lukoil’s Bulgarian operations, through Zlatev, are suspected of strong ties to Russian intelligence and organized crime.” 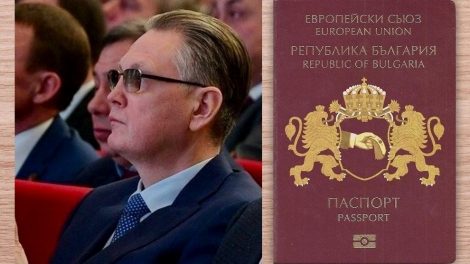 Ilshat Khairullin, a former member of the State Council of the Republic of Tatarstan from Vladimir Putin’s United Russia party, received a Bulgarian “golden... 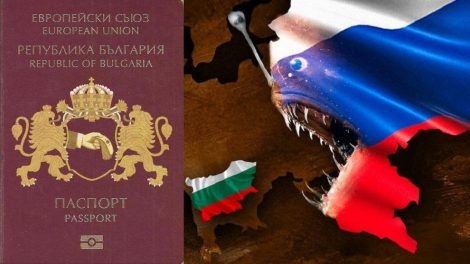 Alexander Vladimirovich Hapov, former Deputy Minister of the Ministry of Defense Industry of the Russian Federation (MINOBORONPROM) has received a Bulgarian “golden...