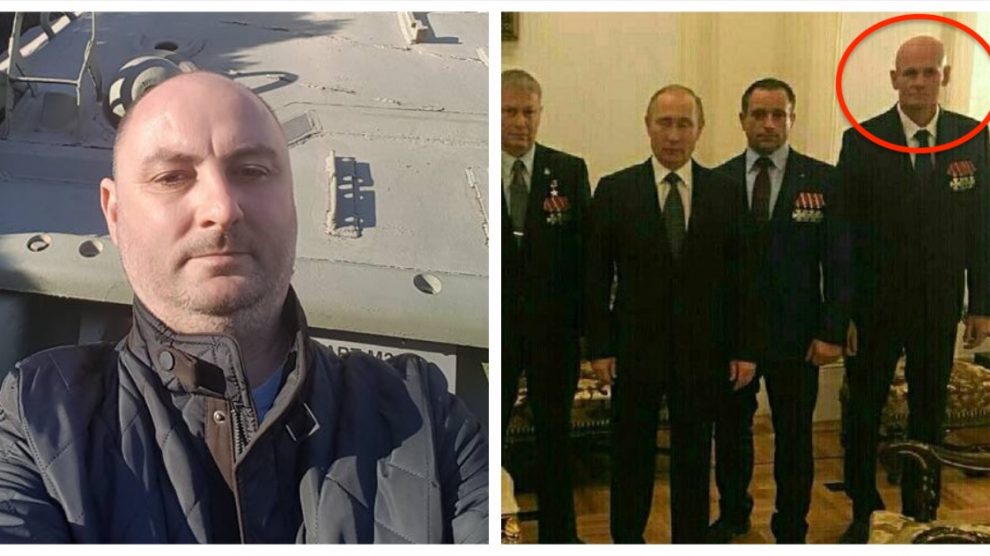 The Bulgarian arms company Bulcommerce KS has a contract for the export of ammunition worth tens of millions of euros for Poland. Most likely, these ammunition are intended for Ukraine. However, the business of Bulcommerce KS has Russian roots and registered trade relations with the Russian private military company (PMC) Moran Security Group, considered the prototype of the sinister PMC Wagner, as well as with the state arms company of Belarus. BIRD.bg sources believe that the choice of this particular intermediary is not accidental and the goal is to delay and sabotage deliveries.

In 2014, Bulcommerce KS was mentioned as a contractor for a large arms supply to Ukraine. At that time, however, the company was still not licensed and the contract failed. Today’s owner of Bulcommerce KS, Kaloyan Stanislavov (pictured left), told BIRD.bg that he had imported weapons from Ukraine but had not exported them to that country.

“Why don’t you ask what weapons Russia is carrying out with its special military operation in Ukraine?” Stanislavov countered our question as to whether his company was exporting weapons or ammunition to Ukraine. He uses the terminology of the Kremlin regime – not war, but a “special operation”, implying that Bulgarian weapons in some ways reach Russia.

However, BIRD sources from the arms sector claim that Bulcommerce KS is now the main intermediary in the supply of Bulgarian weapons and ammunition to Ukraine through third countries, with contracts worth hundreds of millions of euros. The same sources claim that deliveries are delayed, which irritates the Ukrainian side, and this was one of the reasons for the unusually long visit of the Foreign Minister of Ukraine to Sofia.

BIRD’s editorial office has a document for individual authorization for the transfer of defense-related products, issued to Bulcommerce KS by the Interdepartmental Commission for Export Control and Non-Proliferation of Weapons of Mass Destruction, with identification number 019512 of March 25, 2022. The permit is for export to the end user in Poland and is valid until March 25, 2024. It is about hundreds of thousands of ammunition from several items produced in Bulgaria, worth tens of millions of euros.

Bulcommerce KS did not respond to our specific e-mail request for details regarding this delivery.

There is a clear Russian connection in the company history of Bulcommerce KS. The company was established in 2011 by Kaloyan Stanislavov and his wife with a capital of BGN 300 and is a subsidiary of Armstechno, which has existed since 2008.

However, the parent company cannot boast a successful business. Due to contracts from 2008, Armstechno was sentenced years later to return advances and pay penalties to Kintex – BGN 375,360, as well as to the state arms company of Belarus BELVNESHPROMSERVIS – USD 25,300.00.

In 2015, the Lithuanian Audrius Butkevicius became a co-owner of Bulcommerce KS . He is a former Deputy Minister of Defense of Lithuania.

In 2015, another company called Bulcommerce SB was established with a capital of BGN 100, and its partners are Kaloyan Stanislavov,  Audrius Butkevicius  and Russian citizen Sergei Yurevich Totrov .

Totrov was the owner of two Russian companies which had the word Arsenal in their name and have been declared bankrupt. Totrov and Butkevicius will remain partners in Bulcommerce SB until 2019, when they will sell their shares to Kaloyan Stanislavov.

2019 was a record year for Bulcommerce KS, which reported BGN 59 million in sales revenue. Bulcommerce SB cannot boast such results and, according to its annual reports, is more of a dormant company.

Trade relations with the prototype of Wagner PMC

On January 31, 2019, the Sofia City Court recognized and allowed the execution of a claim by Moran Security Group OOD (M.SGLtd) against Bulcommerce KS for refund of an advance payment of USD 21,792 to Moran Group and court costs of USD 5,000. The lawsuit came on the footsteps of a lawsuit won by Moran against Bulcommerce in the Stockholm Chamber of Commerce in a case with arbitration number V 2016/167. The decision of the court in Stockholm is final and is from June 19, 2017.

Moran Security Group is considered to be the prototype of the Wagner PMC, which is sanctioned by the United States and the European Union. The name of the Belize-based private military security company Moran Security Group has emerged in high-profile scandals, such as the one in Nigeria in 2012, when the Nigerian army detained 15 Moran members for arms trafficking.

In 2013, the Deputy Director of Moran Vadim Gusev headed the so-called Slavic Corps, a mercenary military group of more than 200 Russians that was supposed to officially guard oil sites in Syria. However, the fighters were equipped with old T-72 tanks and armored personnel carriers and were sent 500 km away to conquer an oil field.

Along the way, Russian mercenaries became involved in a battle with Islamic State, in which miraculously only a few were seriously wounded. Upon their return to Russia, Gusev and his Moran counterpart Evgeny Sidorov were arrested and sentenced in 2015 to three years in prison for organizing a mercenary military structure, which was punishable in Russia at the time.

Among the mercenaries of the Slavic Corps, or more precisely of Moran, is Dmitry Utkin with the nickname “Wagner”. He is a former GRU special forces with the rank of lieutenant colonel, and his nickname is attributed to his attachment to the ideology and aesthetics of the Third Reich.

After his failed Syrian mission, Utkin and other Slavic Corps fighters did not stay out of work for long – in February 2014, they were spotted in Crimea. A year later, the Wagner Independent Detachment was formed from the core of the Slavic Corps, fighting on the side of the separatists in Donetsk and Luhansk. In 2016, a significant part of the detachment was relocated to Syria.

The Wagner PMC has no legal registration and is thought to have been funded and organized by oligarch Yevgeny Prigozhin, who is close to Putin. In 2016, Dmitry Utkin was awarded the Order of Courage and photographed with Putin. In 2017, he became CEO of Prigozin’s restaurant company Concord Management and Consulting.

Wagner, Dmitry Utkin and Yevgeny Prigozhin have been sanctioned by the United States and the European Union. The detachment is still active in the war in Ukraine, with its mercenaries linked to atrocities in Bucha and other settlements around Kiev before the withdrawal of the Russian army.

Bulcommerce KS did not answer our question as to what deliveries they had to make for Moran Security Group. Moran also did not respond to e-mail questions.

The very fact that a Bulgarian arms company with a Russian connection was a counterparty to this scandalous Russian structure in the period after the events in Ukraine in 2014 raises questions. In addition, the authorities and law enforcement agencies must explain why this particular intermediary was chosen for current supplies to Ukraine, which are not officially destined for this country, but at the same time do not arrive on time 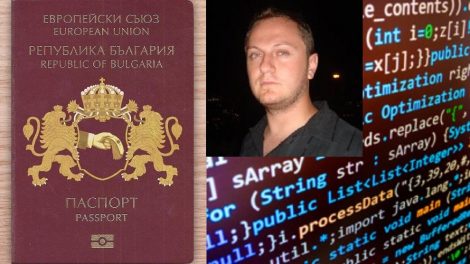 Right of Reply from Yuri Gushin

Dear BIRD, I am writing to you in avail of my “right to response” to an official publication, whereas reference is made to an article published in your media yesterday...

A Bulgarian company launched a successful DDOS attack against the website of the Ministry of Defense of Ukraine and brought it down to demonstrate the capabilities of... 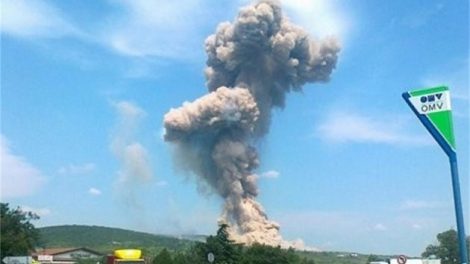 The blast of Petolachkata: Ammunition was intended for Georgia, but the prosecutor’s office does not see sabotage

Affected Russian interests and sabotage by agents of the Central Intelligence Agency – this is how the prosecutor’s office explained last week the four...